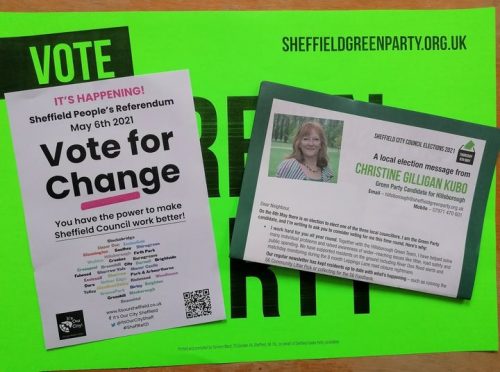 No Overall Control means political parties will have to work together. This dovetails perfectly with the citywide referendum on the same day to change from the “strong leader” model to a modern committee system where all 84 councillors have a say in how the city is run. The referendum offers a return to collaborative working within the council.

The independent “It’s Our City” campaign brought a 26,000 signature petition to the council to trigger the referendum. It was formed by people outraged by the treatment of street tree protesters and the “one party state” rule of Sheffield. Their campaign slogan sums up the current state of local democracy – “Vote for Change”.