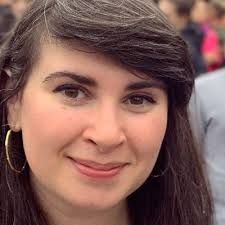 Rebecca Mulvaney is the Green Party candidate for Crookes & Crosspool Ward in the local elections on May 6th 2021.

In 2017 I moved to Sheffield to study for a postgraduate course at the University of Sheffield, and have now settled here to work in health & social care regulation. I live in the ward on Lydgate Lane.

I joined the Green Party after the 2010 general election to campaign against austerity, higher education fees and cuts, and for a Green New Deal. Since then I’ve been heavily involved in the Young Greens, helping to mentor and train the next generation of climate activists.

At the Green Party’s 2021 Spring Conference I led an Emergency Motion to support the #NHSPay15 campaign for a restorative 15% pay rise for health service staff, backing grassroots action by NHS Workers Say NO and Nurses United, which I have been supporting locally.

I’m a member of the IWGB trade union and I’m passionate about empowering people to fight for change; whether that be in relation to local democracy, protecting green spaces, tacking the climate and ecological crisis or improving their working conditions.

In my spare time you can find me having a pint of stout or porter at one of Sheffield’s many (incredible!) independent pubs, usually after getting some fresh air on a litter-pick.

Brian joins all Green party candidates in supporting the Sheffield People’s Referendum for democratic change. Vote for Change on May 6th!