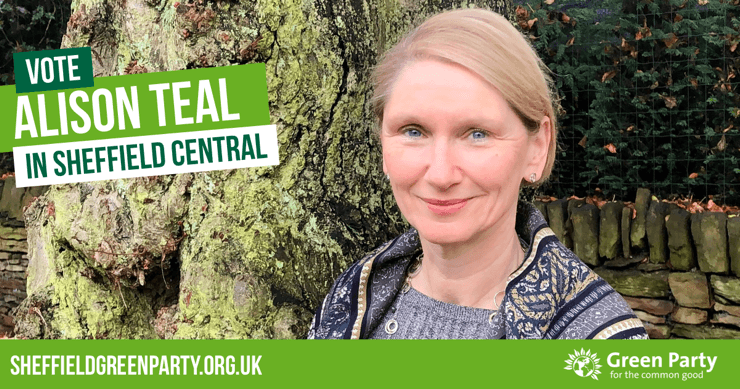 A Future Worth Striving For

From Abbeydale Rd to Hunter’s Bar, across to Hillsborough Corner, we suffer in traffic jams and air pollution. The Labour-run council “declared” a climate emergency in February but has taken no action.

Alison will support every opportunity to improve public transport, reduce car use, and build safer walking and cycling routes. She will campaign for warmer homes that are cheaper to run, more green spaces and trees.

Brexit has exposed our broken democracy and shows why we need electoral reform. Alison will campaign for us all to stay in the EU and she will trust the public to have a final say on Brexit.

Alison is ready to join Green MP Caroline Lucas, who has been the real opposition in Parliament to the Government’s disastrous no-deal plans. A vote for the Green Party says ‘yes’ to a People’s Vote.

Schools, colleges, hospitals, railways and buses should be properly funded and run for public good not private profit.

Greens have always opposed the privatisation of our NHS, schools and council services – like the Highways PFI deal that Labour and the Lib Dems negotiated. We want to see a publicly-funded NHS that promotes health and well-being for all, regardless of postcode.

Greens would support teachers by abolishing Ofsted and ending SATs. We oppose the student tuition fees that were brought in by Labour and increased by the Lib Dems & Tories. 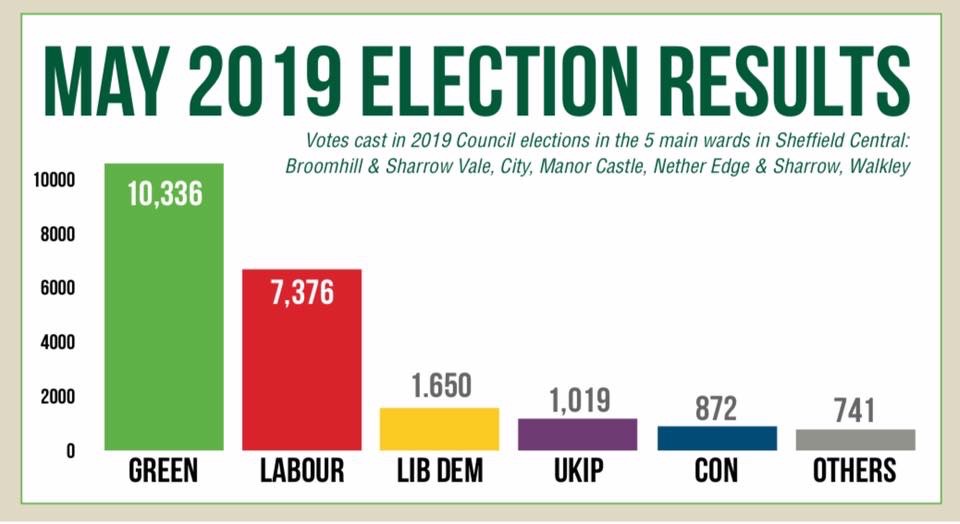 What a Green MP can do for you

“I’m a city councillor and live in this constituency with its diverse, vibrant mix of residents and students. People living here are tolerant and inclusive

My passion for the natural world and social justice led me to campaign for a green, more equitable world, and I won’t stop.

I want to stand up for you, and our environment, as your MP. Let’s stop business as usual and embrace a better future.” Alison Teal