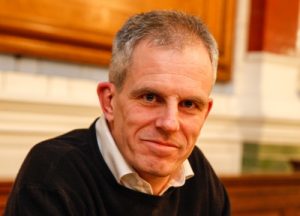 Sheffield Green Party’s Transport Spokesperson, Rob Murphy, has criticised the government’s latest rail plans, saying they are “a poor deal for Sheffield and a terrible deal for South Yorkshire.”

“The electrification of Midland Mainline would have brought real benefits to Sheffield at a fraction of the cost of HS2.

“HS2’s plans amount to a ‘South Yorkshire bypass’.  There will be no freeing up of local lines in Sheffield and no commitment to the extension of the Sheffield branch line to Leeds.

“But the huge cost of HS2 now means cheaper and more cost effective proposals are being dumped. HS2 will affect transport spending for decades to come. The investment tied up in HS2 is not good value for money for Sheffield City Region and the money would be better spent on improvements to the local and regional train network, in particular the overcrowded cross-Pennine routes.

“Rather than celebrating such a deal, Sheffield Council should be demanding that connections between northern cities are prioritised if the Northern Powerhouse is to be more than a soundbite.”