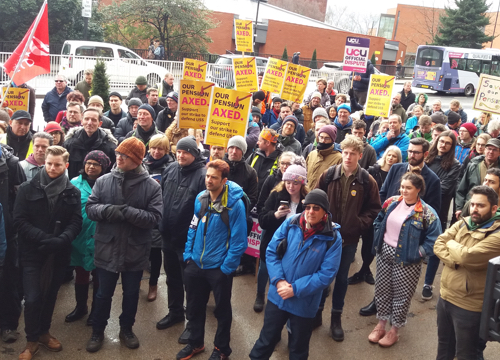 The last four weeks have seen a cataclysmic change in the university world. Tired of years of abuse, university staff have finally decided to strike, and demand a re-think on the cynical marketisation of higher education.

This strike has occurred in response to yet another attack on staff pensions, which the University College Union (UCU) has estimated could mean a loss of about £10,000 per year for an average lecturer. People who have worked very hard for decades may end up on the verge of poverty, while private pension scheme and university top managers earn obscenely high sums of money.

This proposal typifies how university staff have been exploited for a long time, with overwork and mental health issues now having become endemic. Though the axing of the pensions represents the most immediate reason for the strike, the response has been of such scale – the largest academic strike in living memory – that it has shaken the very foundation of the currently hyper- commercialised university world.

The protest is about the soul and ultimate purpose of the university, to be regained as a genuine place of learning, as opposed to a business in which students are treated as customers and colleagues as competitors.

The students have fully understood the purpose of the action, and its importance for future generations, and have valiantly supported their teachers. Students and staff have worked closely together on picket lines, while universities became hubs of alternative teaching, creative activities, chants, dances and emotional displays of solidarity.

In this national dispute, Sheffield has represented a tower of strength, contributing to re-establish its role at the forefront of the fight for civil liberties; a role that has been much threatened by the recent reactionary attacks on peaceful protest. A common thread now unites many different strands of protest in their demand for a fairer society. There is a thirst for justice that can no longer be ignored. 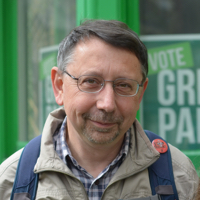