Sheffield can be proud of a long history of helping people fleeing persecution. We welcomed Belgian refugees during world war one and children of the Kindertransport before world war two. More recently, Chileans fleeing the Pinochet regime, the Karen community from Myanmar and Kosovans in the 1990’s, plus those fleeing the continuing turmoil and devastation in the Middle East. Sheffield was the UK’s very first City of Sanctuary and we have many wonderful and dedicated organisations helping people forced to leave their home countries.

This year marks the 80th anniversary of the Kindertransport – 10,000 unaccompanied children were welcomed by communities across Britain and escaped the Holocaust. If Sheffield Council supports the Safe Passage Kindertransport Legacy Campaign – by pledging to welcome 3 children per year – we could help emulate this tremendous achievement. Funding will be provided by central government, rather than our own austerity-hit council. The rescued children would escape destitution and exploitation and have the chance reach their potential becoming doctors, teachers, entrepreneurs or even future Lord Mayors. 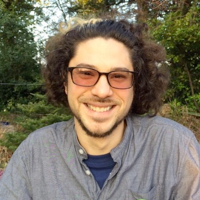