Labour’s Cllr Peter Price (Sheffield Star, 27th September 2018) continues to broadcast irresponsible incineration industry claims that burning waste helps to reduce our impact on the environment and is “sustainable”. Is this really the voice of a re-animated and radical Labour party facing the realities of our increasingly unstable world?

Sweden (which Cllr Price claims is a country at the forefront of tackling environmental issues via “heat recovery”) is importing ever larger quantities of waste from across Europe to feed its incinerators. Incineration is not recycling or beneficial for the environment. (see https://www.independent.co.uk/voices/sweden-recycling-rates-revolutionary-dark-truth-behind-uk-wales-incineration-a7471861.html)

Sheffield has a lamentable recycling and composting record – 314th out of 350 local authorities. So called “Improved” recycling via brown and blue bins does not guarantee that the contents will be recycled and collections will now be monthly. This was a missed opportunity to take the waste contract back in-house and recycling rates are now unlikely to improve until the Veolia contract ends in 2036.

Extracting raw materials from the environment causes great damage to habitats, wildlife and people. More than two thirds of the city waste is incinerated, emitting large quantities of carbon dioxide. Yet we have just been warned by the Intergovernmental Panel on Climate Change that, to prevent catastrophic climate change, we must start to cut greenhouse gas emissions immediately.

The district heating and energy network was conceived by the Labour-run council without looking at the wider, future consequences. The Lib Dem Council ignored Green Party demands to adopt a Zero Waste Strategy before giving the go ahead to a new incinerator in 2001, linked to a 30 year waste contract with Veolia. Labour then extended the waste contract by 5 years as the only way to get Veolia to agree to make service changes. A Zero Waste Strategy would have created at least 1000 local skilled jobs that would last many lifetimes. It would have helped kick-start a 21st century Industrial policy for our region.

Methods of heating and insulation using very low or no fossil fuel energy are improving at a huge pace. Rather than burn valuable materials we must waste less and recycle more. If a zero waste strategy were adopted without delay, it would offer a secure, healthy, and thriving future. We have the research skills to draw on in our two universities to lead a Green revolution.

An increasingly switched-on, plastic-averse, Sheffield population wants to be able to put all recyclable materials in bins knowing that they will actually be recycled. Incineration is not recycling, Peter. 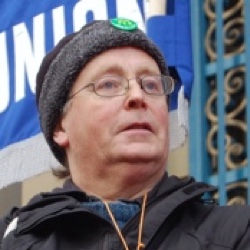