In the recent article on the brown bins roll out (Star January 25th) Shaffaq Mohammed and Lewis Dagnall failed to mention their parties role in putting Sheffield at the bottom of the recycling league tables.

The Lib Dems signed the waste contract with Onyx, now Veolia, in 2001, committing Sheffield to a future of feeding a new incinerator. Labour later extended the contract by 5 years to 2036 in return for service changes. In early 2017 the Labour Cabinet voted to terminate the contract but then renegotiated it later that year. The cost of the brown bin roll out is £6.6 million repayable over 18 years not £2 million stated in the article. That’s 9 long years before £750,000 annual savings kick in.

Greens warned in 2001 that an incineration based contract offered no flexibility or incentive to accommodate new recycling initiatives. Our streets are now cluttered with bins while, inexplicably, those who need extra bins will be offered them 6 months or more after the roll out. In a late January briefing Green councillors were told the only plastic recycled in Sheffield is bottles while all the rest is burnt in the incinerator.

There is real momentum in the battle to reduce plastic waste. But in Sheffield we require enough of it to feed the incinerator the minimum tonnages stipulated in the contract. For a mass movement sparked into action by David Attenborough it’s a thoroughly depressing situation with no happy endings in sight. It’s 18 years of missed opportunities so far with 17 long years still to go on this contract. 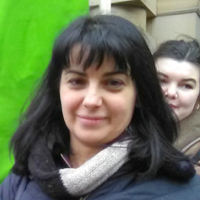