A Universal Basic Income is a way of supporting everyone by sharing out profit and wealth. It’s a non-means-tested payment made to all, whether or not they are currently employed. This may sound alien compared to our current work and benefits system, with its zero hours contracts and oppressive universal credit regime. But previous trials have shown it can have a big effect in improving health outcomes, reducing poverty and supporting unpaid care responsibilities.

UBI Lab Sheffield’s proposed scheme involves a payment of £600 a month to every adult. From care workers to entrepreneurs to stay-at-home parents to those on temporary contracts, it would provide a real safety net. The current cost of processing a single Universal Credit claim is £700 – money that would be far better spent actually helping people. UBI ditches endless forms and sanctions in favour of a simpler, fairer system.

Sheffield City Council should be listening to UBI Lab Sheffield and other amazing not-for-profit organisations, charities, community groups and small businesses with ideas to support our city. These groups help drive change from the bottom up, in contrast to the top-down decisions currently made by just 9 Labour Cabinet members.

I pledge to support this if I am elected on May 2nd. Let’s show the rest of the UK that we are an innovative city finding the solutions to twenty-first century issues. 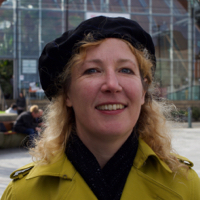