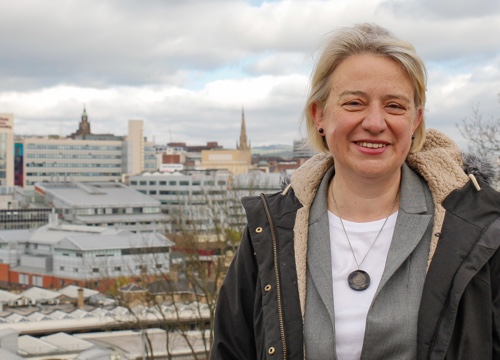 Former Leader of the Green Party of England and Wales, and current Sheffield Green Party member, has been created a peer.

“Natalie Bennett is exceptionally hard working. Her relentless passion is evident at every public event she attends. I have found her to be an inspiration, and a wonderful mentor.

“Soon after we met she said to me, “If in doubt, be bold.” I have taken her advice to heart, and she helped me find courage. I have no doubt that Natalie will be a brilliant member of the House of Lords, and I am so thrilled that she has made Sheffield her home, and she will represent us in Parliament. Congratulations, Baroness Bennett of Manor Castle!”

“I’m delighted to have Natalie representing us in the House of Lords as Baroness Bennett of Manor Castle.

This year has seen members of Sheffield Green Party reach all levels of government: – the Council, Parliament and in the European Parliament”