Under irresistible pressure from the Green Party and Extinction Rebellion, the Labour-run council declared a climate emergency on February 6th 2019. The motion committed to reporting back within 6 months, “pledging to make plans to bring forward the Council’s existing target to be a zero carbon city from 2050 to 2030 at the latest.”

Nearly 1 year later, there is no sign of any significant action or work within the council administration to bring forward credible plans for action. With another “once a century” flooding disaster in South Yorkshire last November and daily climate-related events around the world, we’re now living in this crisis. This new decade is make or break.

Greta Thunberg summed up our situation well at the recent climate talks: “The real danger is when politicians and CEOs are making it look like real action is happening, when in fact almost nothing is being done, apart from clever accounting and creative PR.” That’s the Tory government approach, which we all must push back hard against with leadership from Sheffield City Council. Green MP Caroline Lucas says “You don’t call 999 in an emergency & ask for a fire engine to come in 30 years time.” Sheffield needs to see climate emergency action now. 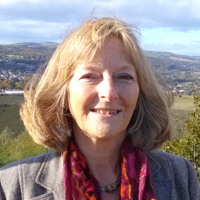