The arrogance of the Labour Cabinet is no longer a surprise but their belief they are untouchable was shaken by a Call-In scrutiny meeting late last week. Julie Dore was there to answer the committee’s questions about bringing Youth Services back into the Council and as usual it hardly seemed to matter what she said, Labour would win the vote with their majority regardless, except this time, they didn’t.

The Leader commenced proceedings with a salvo of insults aimed at the LibDem committee members, they were to blame, apparently, for austerity. Ironically, the fact she’s been implementing the cuts and not fighting them for years seems to have escaped her attention.

After 20 years of the charity ‘Sheffield Futures’ running the city’s Youth Services, EU legislation has forced the end of the contract which has to either be put out to tender, or, the option chosen by the Cabinet, to bring it back in-house.

Julie Dore is promising to provide an additional £2 million to boost the Youth Service provision in the city. Great plan, you might say. However, where is the plan? What evidence is presented in the Cabinet report to show how the transition will be managed? How will an in-house service differ from the current contract provision? What is the business case – the difference in the cost of an in-house service vs the current contract? What facts are offered to reassure us that public money is being properly managed and what evidence is there to show the new in-house service will have the requisite staff and resources to at least deliver equivalent services to the existing provision? Nothing. No plan.

When challenged, Julie Dore claimed it was entirely possible to have an in-house service up and running by the end of September. This is a dubious claim. How far will the ‘extra’ £2 million go by the time the TUPE and staff pension costs are factored in, and the rebranding of the service, for starters? What will happen to the front line voluntary organisations currently funded by Sheffield Futures? Where will future funding come from? Currently Sheffield Futures charitable status gives them access to grants that a council service will not be eligible for. Where will the shortfall come from?

This is why scrutiny is so vital. On this rare occasion (due to a Labour Cllr Abstaining and another needing to leave before the vote) opposition councillors were able to force the Cabinet to go back and gather evidence and formulate a plan worthy of scrutiny. Ordinarily Cabinet get away with making unsubstantiated decisions. Perhaps this explains why so much of what happens in our city leaves many citizens aghast?

The people of Sheffield deserve better than another year of this entitled sloppy approach to decision making and governance. 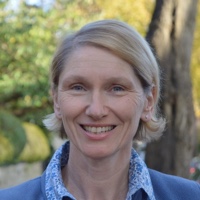