Sheffield Greens today expressed delight at the successful outcome of the city’s governance referendum and called for a Rainbow Cabinet to take the changes forward.

The announcement followed Sheffield Green Party’s recent gains of five additional council seats, taking the councillor group to a total of thirteen and pushing the council into No Overall Control.

“I am delighted that the referendum campaign has been such a resounding and clear win for democracy.  I want to thank the campaigners for all their hard work in making this an issue that people wanted to vote on.

“The people of Sheffield have firmly rejected the old ways of running the council through its so-called ‘Strong Leader.’  This followed the largest ever number of signatures on a petition to trigger a referendum of this type.  Now, all councillors must come together to work up details of a new system where they all take part in decision-making in a far more open and transparent way.”

A new Administration must now be formed, with no party having overall control.  The existing Cabinet system will remain in place in the interim until a new committee system can be set up. 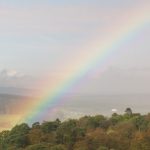 “The Green councillors will now propose a Rainbow Cabinet with members from all three party groups. This is to introduce a new collaborative politics never seen in Sheffield before.  We think it is the right way to reflect the clear views of the people of the city in their call for change.”