Skip to content
Tramlines brought joy in a time of Covid-19 to tens of thousands of Sheffielders and people travelling into the city.  But Stagecoach Supertram and Tramlines really need to 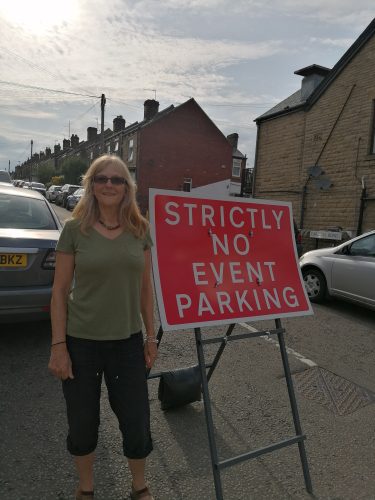 reflect on the decision made 24 hours before the festival started. The event operated at the full licensed capacity of 40,000 per day for the first time.

Due to staff shortages from Covid-19 self-isolation, Stagecoach told Tramlines they couldn’t provide all the extra 15 post-event trams planned. Tramlines did not want to manage the extra safety issues at tram stops with not enough trams to get everyone home. In these circumstances they made a collective decision to pull ALL tram services from around 9pm on Friday and Saturday, and 8pm on Sunday between Shalesmoor and Middlewood/Malin Bridge.

Tramlines is an inner city festival with public transport provision minimising car use to reduce the many impacts on local roads and residents and keep the event safe. 28% arrived and 20% went home by tram at the previous event in 2019. A short notice decision to leave thousands without their planned transport home and local residents with no tram service is irresponsible. It will have forced many more people into cars and created new unplanned safety issues as thousands had no choice but to walk home.

In being part of this collective decision, Tramlines failed in their responsibilities to festival goers. As for Stagecoach Supertram, it wouldn’t be down to a private commercial decision if public transport was back under public control and everyone had a vested interest in running successful and safe major events. Sheffield City Region Mayor Dan Jarvis’ 4 year term will end without using bus franchising powers that would give local authorities more control over routes, fares and service standards. Whoever is elected next May must make this happen.

Tramlines without trams – it must not be allowed to happen again.