Green Councillors on Sheffield’s Planning Committee have opposed a new multi storey car park as part of the West Bar Development as it offers limited charging for electric vehicles and only 5 spaces for cycles.

“It’s just an old style 20th century car park, where what we should have is a modern transport hub, with all bays having charging for electric vehicles and secure cycle storage for hundreds of bikes. This is completely inappropriate for a city the size of Sheffield, one that has been named the Greenest City in the country and a City that has declared a climate emergency where we are aiming to be Zero Carbon by 2030. 80% reduction in emissions by 2050 just isn’t credible. The developer needs to do more. What we definitely didn’t need was just another car park. We know that even at peak times car parks are well below capacity. Surveys in 2019 pre-pandemic found that peak short stay car parking was 60-65% of capacity and peak was 70% to 80%. Evidence that we don’t need yet another car park.”

Cllr Brian Holmshaw asked the Developer to withdraw the application and come back with one that would take into account the climate emergency target set by the Council. This was rejected by the applicant and the motion passed, with the support of Labour and the Lib Dems.

“I’m disappointed that this short sighted planning application was passed. The Government has said it is going to phase out the sale of petrol and diesel vehicles by 2030. This car park proposal simply does not take that into account. It makes poor business sense. They could be getting an additional revenue stream from electric car charging. Instead they are clinging onto the past and not taking the opportunity that the switch to more electric vehicles will bring. The private car park providers are completely missing a trick with regards to bike parking. Secure storage for bikes and e-bikes is severely lacking in Sheffield and there is huge demand for this. For a relatively small fee, I think many would pay to store their bikes. There’s potentially more money to be made from bike storage, because of the volume/numbers of bikes stored in a single car parking space.” 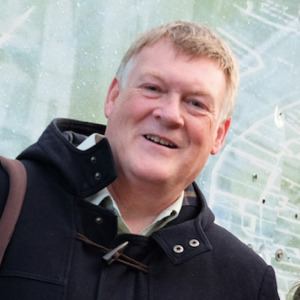