90% of respondents to the Ecclesall air survey said air pollution is a serious or very serious issue. The survey got ideas from these residents on what would help to cut air pollution.

What could we do to reduce pollution?

“Replacing our bus and taxi fleet with electric vehicles”

People wanted less congestion and less polluting transport. Park and Ride was one popular suggestion, but there were different views on how close to the town centre a park & ride should be. More electric vehicles, especially for public transport, was suggested several times, including an expanded tram system along Ecclesall Road. Away from transport, there were concerns around burining of garden waste, and calls for better disposal for garden waste.

When people were asked about how the transport facilities in Ecclesall and how they could shift how they get around, people generally wanted to walk more and thought the walking routes were good. However, there were ideas on how it could be improved:

“Reminders of how far/long it is at specific point between top and bottom of eccy rd. (E.g. 1 mile to town from here. 15 mins walk. X steps and the the benefit)”

“More greenery down eccy rd, it is a concrete jungle … Make it nicer to walk”.

A majority of people wanted to take more buses, though only half thought the bus routes were good. There were several calls for for more buses offering access across the city, for example from Banner Cross to London Road or up Brocco Bank. Regular services going from Millhouses to Parkhead and Silverhill would also make using buses easier, as would more ‘hop-on hop-off’ services and with lower prices for short hops.

Switching to electric vehicles was a popular idea, though some people weren’t confident using electric cycles. The biggest issue was around cycle routes. Buses that could take bicycles would help. While people thought burning garden waste was an issue, those who had them didn’t want to stop using their wood burners.

The Ecclesall Air Survey explores views about air pollution in Ecclesall Ward and gathers ideas for what might help tackle it. The results above are for 21 people who responded. If you’d like to take part and have your views and comments reflected, just go to the Ecclesall Clear Air Survey to fill it out. 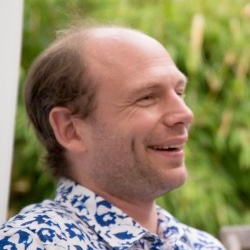