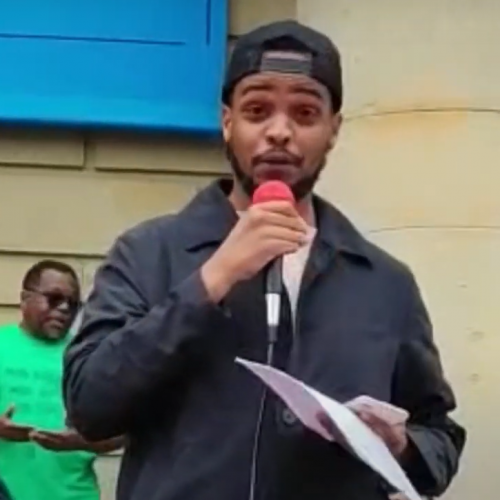 This weekend two Sheffield Green Party councillors spoke out for human rights at events in the city.

Broomhall and Sharrow Vale councillor Maleiki Haybe argued for the need to stand with those threatened with deportation to Rwanda, and to protect human rights across national borders and wealth divides, at a protest at City Hall against the deportations

Gleadless Valley councillor Alexi Dimond spoke against the cruel system of control over Palestinians set up and maintained by Israeli authorities that has left a people fragmented, in poverty and in fear, at the small park BIG RUN fundraiser and Palistinian solidarity event