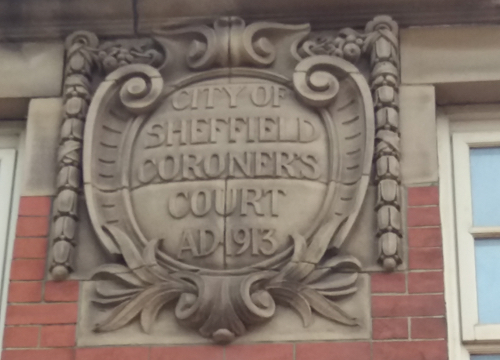 City Ward Green councillors have welcomed the formal withdrawal of demolition plans for the Old Coroner’s Court on Nursery St.

“I am very pleased the Demolition Notice has been withdrawn and I hope we see some sensitive and appropriate designs coming forward in due course.”

“I have had some positive conversations with the developer and I am pleased he is interested in the views of planning officers and local people with knowledge of the area. I have encouraged him to engage in pre-planning advice from officers.”

“The Old Coroner’s Court is an attractive building with an interesting history that should not be lost. I would like to thank Sheffield’s heritage experts who have helped with their detailed knowledge of issues around conservation and the history of the building.”

“However, whilst the developer has withdrawn the immediate threat, we are waiting to see how the Council responds to our request for an “Article 4 Direction” to protect the whole of the proposed Castlegate conservation area.”

“Together with Aizlewood’s Mill and the church, the Old Coroner’s Court contributes to a relaxing and peaceful setting for users of the Nursery St pocket park.”