The UK was ranked second in the Global Health Security Index ranking global pandemic preparedness in October 2019. Failure to respond quickly combined with a series of disastrous decisions led to more daily deaths here than in the rest of Europe combined by early June.

Sheffield health professionals have responded quickly and effectively to the Coronavirus crisis. Sheffield Teaching Hospitals Trust decided to test all symptomatic NHS workers 11 days before most other areas. They got the tests done quickly so anyone testing negative could return to work. Sheffield’s Director of Public Health, Greg Fell, has shown consistent leadership during the crisis, including on reopening schools only when it is safe to do so.

Sheffield Green Party commends Sheffield Community Contact Tracers – a groundbreaking volunteer project started by current and former health professionals. Many were exasperated by the government ending “track and trace” on March 12th when cases were at manageable levels. Until a vaccine is found and can be distributed worldwide, track and trace is the only way to manage and restrict the spread of the virus. SCCT’s pilot report shows the importance of creating local teams with a clear understanding of the local area to track and trace and offer support through self-isolation.

The lack of a contact tracing system from mid-March to late May has cost lives. Local council and health leaders haven’t been given sufficient time, powers, data or financial resources to prepare for the volume of cases and outbreaks expected to be identified by the government’s “NHS Test and Trace”, launched on May 27th.

However, ongoing legitimate concerns about government Covid 19 actions must be put to one side for the common good. Health professionals, councils and the general public all need to co-operate to help make NHS Test and Trace work effectively as quickly as possible. A vaccine remains a long way off so many more lives are at stake.

If identified and contacted by NHS Test and Trace, we all need to self-isolate for 14 days to prevent the spread of the virus. In return, urgent government financial support must be provided to those asked to isolate who need it. 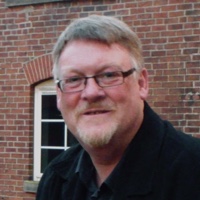