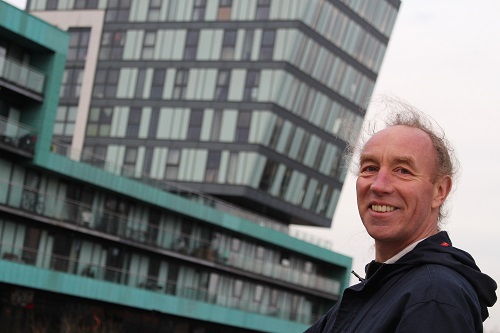 A Green councillor is calling for VAT cuts for certain home improvements to be cut to ensure warmer, green homes for communities.

Councillor Douglas Johnson, the leader of the Green Group on Sheffield Council, has joined Green Party finance spokesperson Molly Scott Cato in calling for a VAT reduction to 5% for projects that will substantially reduce carbon emissions and improve insulation of homes.

Homes in the UK are responsible for about 15% of total carbon emissions, with heating responsible for over 60% of domestic energy use. Cuts to VAT would help homeowners, landlords and social housing providers make improvements which reduce energy bills and make houses more environmentally friendly.

“This is just one of those simple tax changes that just makes sense. The current system encourages developers to build new homes rather than renovate existing homes.

“It’s just wrong that property developers are given a big incentive to destroy fine old buildings like the Old Coroner’s Court and replace them with bog-standard blocks of flats instead of a decent refurbishment.

“That’s one reason why I support the new heritage strategy for the city of Sheffield, developed by the Joined Up Heritage Sheffield community.  To quote the architect Carl Elefante, ‘The greenest building is… the one that is already built.

“We know there is a climate crisis and the challenges of the last twelve months mean we are now facing an employment and skills crisis.

“The investment we are talking about will make tens of thousands of homes cheaper to live in and less damaging to the environment. It would also create thousands of worthwhile, stable jobs at a time when we need to help people get back into work.

“Our Councils in South Yorkshire can do more to ensure our existing social housing is cheaper to heat and healthier to live in. This isn’t just good for the environment, it is good for the economy with less money being spent on energy bills and more being spent in local shops.”

“Retrofitting is the most carbon-efficient way to provide Green homes for everybody, rather than focusing on building more new houses, which are far more energy intensive, and many people can’t afford anyway.

“The construction industry currently produces 40% of our total emissions, yet current VAT regimes benefit new builds over refurbishments, and this has got to change.

“During a climate crisis, we need to incentivise the most effective ways to reduce emissions and provide everybody with a warm secure home. The government has the ability to decide now if it wants to benefit all of society, or if it wants to continue prioritising big business at the expense of everybody else.”