After success in the elections last May, our 13 Green councillors put Sheffield City Council on a pathway to Net Zero by 2030, committing the Council as part of the co-operative agreement. But that was only the start. Here is a round-up of what our Green councillors have been doing in Sheffield Council and the city to change our city for the better… 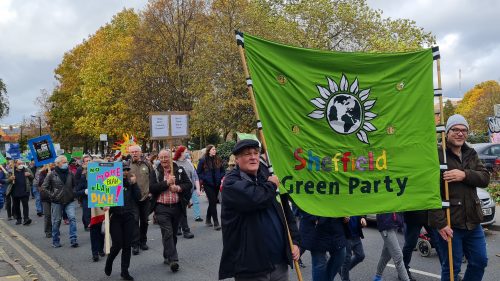 Listening to every resident

This is what we did with just 13 councillors along with the Green Party activists and supporters across the city. Imagine what we could do with 13 more! Please vote for your local Sheffield Green Party candidate in the elections on May 5th and join us in working for justice, equality and protection of the natural resources that sustain us, to transform Sheffield into a fairer, greener place to live and work.